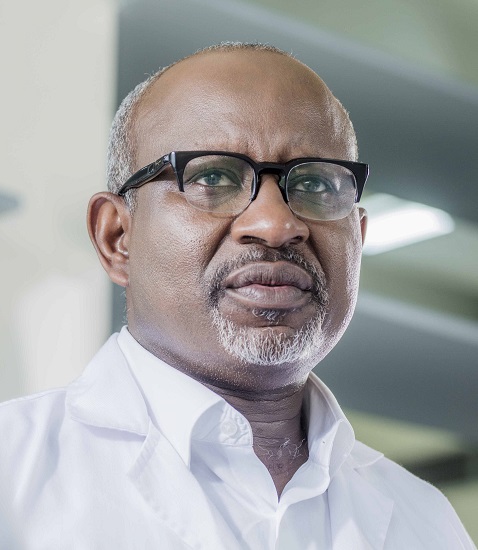 Prof. Jacques François MAVOUNGOU is the WAVE Gabon Country Director. He is a Director of Research at the Conseil Africain et Malgache pour l’Enseignement Supérieur (CAMES), with over 13 years’ experience conducting research in Entomology, Parasitic Ecology, Epidemiology and Microbiology. He is currently the Director of the Institut de Recherches Agronomiques et Forestières (IRAF), hosting the WAVE program in Gabon. He has a PhD in Entomology from the University of Montpellier III (France).…Prof. Mavoungou has held several positions such as scientific expert of the Programme d’Appui à la Recherche en Réseau en Afrique (PARRAF-IRD) for over 4 years, coordinator and/or member of numerous research projects. He served at the Ministry of Higher Education and Scientific Research of Gabon Republic as a project officer. This experience enabled him to identify and understand the mapping of higher education and scientific research institutions in Gabon. From 2018 to 2019, he headed the Institute of Technological Research (IRT-CENAREST). On WAVE’s initiative, he led and coordinated in 2019 the drafting of the response plan against cassava viral diseases in Gabon and has been appointed national coordinator of the Gabonese Emergency Operations Centre (EOC) against cassava viral diseases. He has also served for 8 years, at Université des Sciences et Techniques de Masuku (USTM) as Head of the phytotechnology department. Coordinator of the CAMES program called “Health Research Themes” and focal point of the Korea-Africa Food and Agriculture Cooperation Initiative (KAFACI) projects in Gabon, Prof. Mavoungou has been awarded as knight of the Academic Palms of Gabon’s National Education and Officer in the international order of CAMES’ Academic Palms.